Are Pregnancies Really Unplanned or Unintended?

Having a conversation on the topic of abortion is never comfortable, but for me it is rather frustrating because, as I tell my students, it tends to focus only on words. Very few people want to look at the evidence of what occurs during the procedure. We faithfully speak of the a woman's right to choose along with statements of fear of what could happen if the procedure was outlawed along with many personal stories that reinforce our positions.

Now, with our society being made up of so many people who claim to focus on the science I am still amazed at the use of a certain idea that will be the focus of this blog. Are we really unaware of the FACT that sexual intercourse can lead to the conception of an unborn baby? It is true that conception may not have been one's intention but it is also the true to say that one's intention will not always agree with how our bodies work.

There was a time when a man would find out that his partner was pregnant and once he shared that with others would be asked if he was planning on marrying her. No, this is not always the best way to start a marriage but there was an important implication in such a question: are you planning to take responsibility for your action? Why have we as a culture moved away from such an idea? Sure, our attitude has changed but our bodies are the same so why not accept the truth of our bodies that has been given to us by science?

Yes, there are those who state that they did behave in a responsible way by using contraception. Let us take a look at another fact. Whether it is due to user error, a defect in the product, or the body's inability to respond, there is no form of contraception that is 100% effective. So, what do we do when it fails to work? And, how do we find out that it failed? Conception.

Rape and incest? This seems to be the time when we accept the possibility of conception with this happening in the most horrific way for the woman who may be pregnant. There is so much to be said about this terrible act of violence towards women, which we could explore in a whole other discussion about the way we are rearing men in terms of their attitude towards women. But for the sake of this discussion, yes, there is the possibility of the human bodies doing what they could do during this horrific misuse of sexual intercourse. This terrible reality is why so many people are passionately pro-choice.

Of course, there are is also another approach where a couple's situation could be ideal for bearing children. There could be that married couple that conceived and upon sharing the news they might be asked: were you trying? With the knowledge of how the body works as well as the fact that some couples actually include some affirmation of accepting children as a gift from God during their wedding vows, it could be suggested that such a question in irrelevant for that couple. After all, to affirm that they would accept children as a gift from God is an affirmation of: Yes, we will consummate this marriage. Yes, the marital act will be done on numerous occasions during our life together. Yes, we realize that there are times when the act will lead to conception. Yes, we accept this responsibility, together.

We have so many ways of expressing this idea: You weren't planned. You were a surprise. You were an oops. Then, when there is a serious discussion like abortion we hear the words unplanned or unintended. With the way things are going right now in our social discussion on the issue we even have media stories where people are heralded as heroes for making the choice to abort.

Without passing judgment, I do not believe for a moment that neither of these intelligent and talented women were unaware of the possibility of conception. We are all guilty at times for trying to make excuses for our behavior while trying to appeal to some form of ignorance. Further, this whole use of unplanned or unintended is tied to a method based on emotion to network and maintain the current majority outlook on the issue of abortion.

In reality, to be successful in any endeavor requires commitment and sacrifice. This is also why some people choose not to get married and have children until after they retire from a profession that they will no longer be able to do after a certain age. Further, if people are going to in fact become sexually active, it should not be considered offensive to suggest that they reevaluate their attitude towards what it means when conception occurs. Yes, it would be a struggle at times to not seek out the gift of love as well as one of the many ways to express that love but it's much harder to carry the burden of the potential negative outcomes that could come out of that now lost love, which lasts a lifetime.

This is why I admired many of the disciplined students I met while I was in college. Many of them were just as hungry for love, companionship and any other form of affirmation sought out by people their own age. Yet, many of them denied themselves such experiences because of their commitment to their studies as well as their future, stating on a regular basis that they did not want either the unnecessary distractions or potential heartbreaks that could prevent them from getting those most out of their collegiate studies. These are true examples of mature adult behavior

The truth of our bodies is one of many reasons for the Church's teaching on chastity. It is not just based on some supposed rigid teaching on our sexual behavior that is meant to deprive us of one of life's greatest pleasures. One simply has to see all of the pain, brokenness, diseases and other serious issues that exist in our world due to our misuse of the gift of our sexuality. Obviously, our attitudes and behaviors towards sex are not working in the healthiest way.  If we look deeper, an unplanned pregnancy is not a failure of the contraceptive method.  Rather we failed our own bodies, not recognizing and accepting the awesome power and gift we have of being able to create new life and choose instead to fight against its very nature and essence.

In regards to this discussion, chastity could lift the burden that a woman would have to carry for the rest of her life along with the impact this decision would have on those closest to her. How many of these cases would be avoided if we embraced true freedom, which is to be able to do what we ought to do? Of course that takes courage to stand up to the expectations of our culture, which is why we need God's grace to strengthen and guide in acting in accordance to His will. Let us be reminded that Jesus promised to send the Holy Spirit to do just that.

That includes accepting the truth of our bodies when it comes to what really happens or could happen when we choose to be sexuality active. 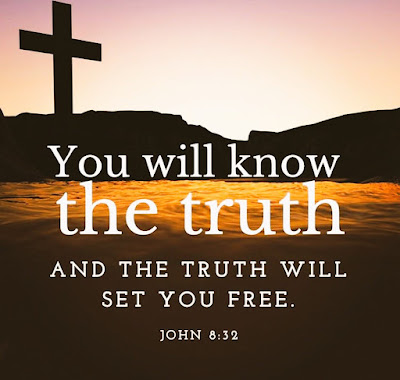