Fourth Sunday in Ordinary Time Readings (Deuteronomy 18:15-20; 1 Corinthians 7:32-35; Mark 1:21-28)
Think of a movie that you used to watch, a book you read, a song you listened to over and over as a child, and now you're watching it, reading it, or listening to it as an adult.  Suddenly you have a different view of the storylines, the characters; a different understanding of the meaning behind actions and words because you are now seeing the whole thing through the lens of experience and wisdom that you did not have as a child.  It took a new experience for it to hit you on a much deeper level.
In the Gospel of Mark, Jesus is teaching in the temple and "he taught them as one having authority and not as the scribes".  As he is teaching a man with an unclean spirit questions him, and Jesus tells the spirit to leave this man's body and it does.  The people were astonished, and recognized that with his authority he even commands unclean spirits.
But where did this authority come from?  In the First Reading, God had told Moses "I will raise up for them a prophet like you form among their kin, and will put my words into his mouth; he shall tell them all that I command him." The voice of Jesus rings with words from the Father Himself, a new authority which the people had never before encountered.  Suddenly the teachings which they had heard over and over before they heard in a new light, and it was all made clearer.  What made it different was that it was God speaking directly to through His Son, our Lord Jesus Christ.
The human mind is astounding.  We as a species have the capacity and ability to think abstractly and see what is beyond the page in front of us.  An experience can become symbolic for us, representing something that is deeper and more meaningful than a mere mundane scenario that is to be forgotten.  We also have the ability to change our perspectives, which can also change in hindsight as we gain more insight.  We are able to emphasize and sympathize.
No, we don't have Jesus directly in front of us teaching us in a crowd of people.  Nor do we have "proof" of the amount of authority He has as we watch him drive out unclean spirits.  But we do believe in God's existence.  We are aware of His omnipresent authority over all of creation.  And though there may be times we may feel forsaken, does not diminish his omnipotence or omniscience, including what is in the depths of our hearts.
So now it is our turn to change our perspective, and instead of seeing things as the world would see it, how would God like us to see it?  In times of struggle, try and see how he is trying to strengthen you, the graces He has bestowed upon you.  In times of joy, give thanks for the blessings.  And know that when you are hurting, Jesus knows your pain because He suffered pain.  The one with the authority to speak the Words of God had to endure suffering greater than we can possibly fathom. How can we change our perspective?  Look at everything within a prayer. 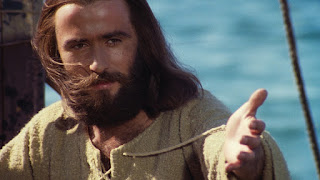 If there is anything that the past year has shown us, the verse from Paul's letter to the Corinthians rings true: For the world in its present form is passing away.

Since we are inundated with political media, I will not focus on that, other than to say we are still in a the midst of a pandemic, coming close to the year mark that states began to shut down, and we now have a new American President in office.  But let us not just look at the world we live in, but look at ourselves.  If last week's readings were about listening, today's readings are about doing. In the first reading from Jonah, When God saw by their actions how they turned from their evil way, he repented of the evil that he had threatened to do to them.  Even at the very moment He wanted to smite them, He recognized their change, not in word or thought but in deed.  It is up to us to change.

The past year has brought many challenges, mostly emotional ones; missed opportunities because of the shut down; loss of loved ones; the inability to connect with my students the way I hoped to because of the forced distance learning; the anxiety of being in the hospital knowing I could bring this home to my babies.  It was so easy to shut down and shun the world, and guiltily I did.  The world prior to this pandemic was gone, and I had to make it in a new world.

But what it forced me to do was to challenge myself and find opportunities where I would never have looked before; celebrate the goodness in life because it could be our last; find new ways of connecting to people and avenues to reach people's hearts; keep myself as safe as possible, taking the necessary precautions so I have less of a chance to bring home this deadly infection.  But I had to make the choice to change myself, see God's call where I did not see it.

In the second half of the Gospel of Mark, Jesus said to Simon Peter and Andrew "Come after me, and I will make you fishers of men."  They and James and John dropped their nets where they were and followed Jesus.  They dropped their old lives and followed in Jesus' way.  Fishing was their livelihood, the way to feed themselves and their families.  Yet they left it all behind.  We are called to forget how we were and find a new way to be.  However in order to do this, we must have great faith.  But how can we have great faith?  By believing in the Gospel of our Lord.

In the Responsorial Psalm, it reads Remember that your compassion, O Lord, and your love are from of old.  In your kindness remember me, because of your goodness, O Lord.  God has always loved us.  We must trust in that love, and follow in His truth.  We cannot continue to live the life we used to if we are going to follow His call to action, be that compassionate loving follower that others are going to want to see the truth of God's love.

Toady's Readings: 1 Samuel 3:3b-10, 19; 1 Corinthians 6:13c-15a, 17-20, John 1:35-42
Many of us have been in those conversations that seem to go one way.  The person is constantly speaking but hears nothing that you say.  Either they tune you out or uninterested in your words.  How frustrated do we feel?  One way conversations often lead to discord. There is a lack of communication, often causing more problems.  It is one-sided, where there is no compromise, and the one who feels unheard may feel resentment that their own needs are not being met, their opinions not being valued.
I am also reminded of a friend who I had known for years.  By their own nature, they were very private.  They were the kind of friend that would only listen but never revealed their own thoughts.  It was only after 15 years of friendship that I finally found out what they had been going through.  Someone you thought you knew so well, suddenly you had a different perspective and understanding of who they were as a person.  This was not a negative thing, but what it made me see was how much I did all the talking and how long it took for me to stop and hear their stories.  Granted he never initiated the conversation until then, but I also never took the time to ask.
How often does this happen in our relationship with God?  We are so engrossed in our day-to-day tasks, the only time we stop and "speak" to God is when we really need Him.  But how much do we really take the time to get to know Him and listen to Him?  How often do we push what we think would be good for us, and get angry when things don't go our way, only realizing later that it was probably for the better?
In the first reading, it is the older Eli who heard God's call, although it was Samuel He was calling.  Why is that?  Samuel was not familiar with the Lord, because the Lord had not revealed anything to him as yet.  When we do not take the time to know God, how will we know when He is calling us and what He is calling us to do?  When Samuel finally realized it was he who was being called, his response was "Speak for your servant is listening."  Listen to for His voice in all that we do.
The Gospel has John crying out "Behold, the Lamb of God" and that was when Andrew and Simon Peter followed him.  Why?  They heard that Jesus was there and when He asked them "What are you looking for?" they asked to follow Him.  What are we looking for?
During this time of the pandemic, as I see with my own eyes the worsening conditions, loved ones suffering and dying from this disease; during this political climate, as we see the way others act, my anxiety is rising.  Now more than ever, we need God, and we need to seek Him.  But unless we stop and listen for His call, listen for His voice, listen for His coming into our lives, we will not find Him.
Still, even if He is there in front of us, how can we see Him?  We can find Him within us.  We are a temple of the Holy Spirit.  But unless we see our own value, treat ourselves as that worthy servant, we will not see Him.
Take time in the day to pray.  Listen for His voice because He is calling us to be the good people, to spread His word and love in this world that needs it more than ever.